This rickety old double chair cuts through forests and glades to bring skiers up to the center peak, where Greek Peak's largest glades trail is. Built in 1963, this C&S lift was later refitted with Borvig chairs, most likely sometime in the 70's (if installed new). Some chairs have newer CTEC restraint bars, and the other have the original Borvig bars. This features a tensioned return at the bottom terminal and a fixed drive at the top terminal.

You will need to turn on satellite to view this 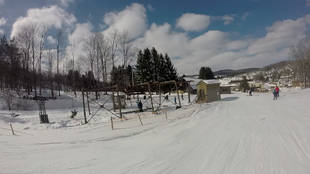 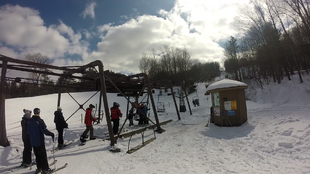 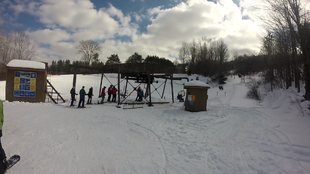 Other side of the bottom terminal. 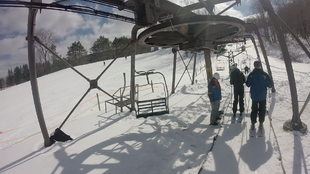 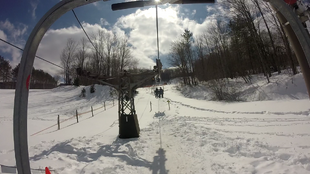 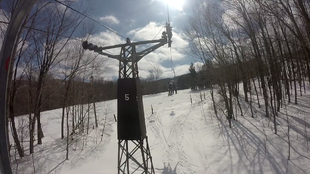 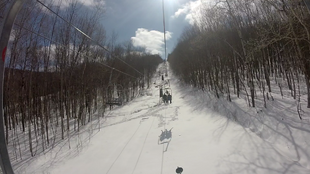 The second half of the lift cuts through the woods. 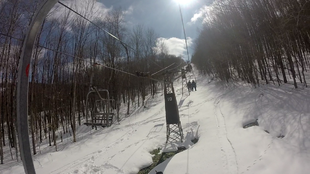 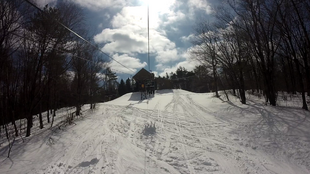 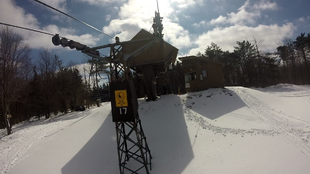 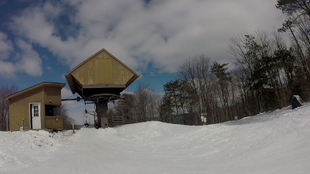 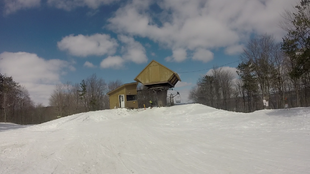 Another view of the drive.
Add a photo to this gallery
Retrieved from "https://ski-lifts-encyclopedia.fandom.com/wiki/Lift_2_-_Greek_Peak,_NY?oldid=5148"
Community content is available under CC-BY-SA unless otherwise noted.